How Long Will It Take?

How much compensation will I be entitled to?

What is my injuries claim worth?

Generally speaking we should be in a position to give you a ballpark estimate of what your case is worth.  We will outline to you the pros and cons of your case and the factors which may or may not go against you in obtaining the maximum compensation available.

We have set out below examples of compensation which has been paid in some cases involving work accidents/personal injury settlements.

Please note that every case is different and therefore your case will need to carry out a full assessment before we can give you a ballpark estimate of what your case will be worth. 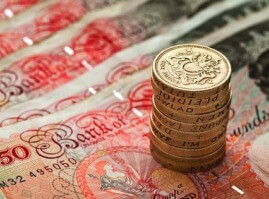 What type of damages will I get?

There are generally two types of damages associated with personal injuries cases and those general damages and special damages.

General damages are intended to compensate a person for pain and suffering resulting from the injuries sustained from the accident.

The Injuries Board works from a book of quantum which outlines the type of damages which a particular injury might yield.  On the Injuries Board website there is also an estimator which essentially contains an online version of the booklet of quantum.

General damages will compensate you for the following types of suffering:

Compensation for pain and suffering would include compensation for a physical injury and the pain associated with that injury.  It would also include factors such as lack of enjoyment of life and psychological and psychiatric illness and symptoms in respect of the accident.

General damages are normally divided in to two categories as follows:

A person will incur special damages and will have an entitlement to special damages where they have incurred certain losses as a result of the accident which can be vouched and proved such as medical costs, prescription costs, payment of medical report, hospital bills and fees, loss of earnings and any other relevant out of pocket expenses in connection with the accident or injury.

Claims for special damages are generally made on the basis of expenses which are out of pocket expenses incurred to date and it would also take in to account future expenses which would be incurred by the injured party into the future.

In the case of persons who are self-employed as opposed to people who are employees, loss of earnings can be calculated based upon their annual accounts.

When do I receive my compensation?

You will be paid as soon as possible after your case settles. Your Solicitor will discuss with you the settlement terms and will advise when you should expect to receive payment.

Generally speaking Solicitors would put an onus on the defendant’s Solicitor to pay you within a certain timeframe after the settlement of the claim.

Sometimes a payment date might be later depending on the circumstances of the case but generally speaking the payment is made within a week or two of settling any claim.